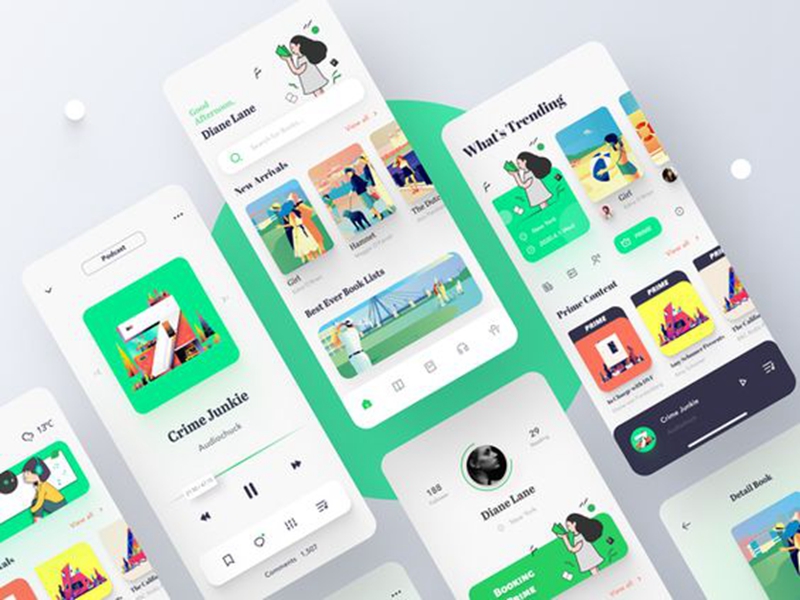 This Week in Apps is a short, no-fluff, round-up of interesting things that happened in the mobile industry. Here are our top highlights.

1. TikTok Wasn’t the Most Downloaded App in the World Last Month

We just published our monthly report of the most downloaded apps for September (a bit behind schedule), and there are a few interesting trends it highlights.

But first, the winners!

Instagram was the most downloaded app in the world in September, followed by TikTok, Facebook, WhatsApp, and Snapchat. If you’re comparing this to August’s list, it’s identical. The numbers are a bit lower, but otherwise, the bigs are big.

That’s the top of the list. If we look down a few spots, we’ll find new(ish) members Meesho, PLAYit, and Share Vpn. These three underscore the trend that’s abundantly clear, and that’s that India is still a massive gold mine for downloads.

Those last three I mentioned are mainly there because downloads in India skyrocketed in September. But that’s not all. First place Instagram is also where it is thanks to India. As is Snapchat and for the most part, all other apps that aren’t banned (like TikTok).

India has become the kingmaker a while back, and because of its sheer size, will likely remain that way for a while. Which gives it a lot of leverage… We’ve seen a few instances where the government, who definitely realized what they have already, used this leverage to force companies to do what it wants. I see that continuing.

Important If you’re not localizing your apps and games for India, you’re missing out big time.

Tinder was the top app by revenue in the U.S. last month, which prompted me to look back and see if that’s its first time or not.

The short answer is yes, but the numbers are just astonishing and speak to the impact of lockdown on love via app (or the strength of Tinder’s brand).

According to our estimates, Tinder brought in $197M in net revenue from the U.S. in Q3. That’s net, meaning after Apple and Google took their fees. Not only is that Tinder’s biggest quarter of revenue, it’s also 31% higher than its last best quarter, which happens to be Q2 of this year. It’s also 885% higher than Q1 of 2017, in case you’re into big numbers.

Tinder’s biggest market, by far, is the U.S. which is responsible for about 70% of its revenue. But year-over-year, many countries have grown double digits. Some even triple digits.

It’s a good time to be in the Tinder business.

Have you seen Peacock’s revenue this week? In case you haven’t, it’s gone waaaay up. And by that, I mean daily revenue doubled!

This is the biggest single-day jump in Peacock’s entire history, and by a lot.

We estimate that net revenue across the App Store and Google Play grew by as much as 150% over the last few days starting on Friday (+110%), peaking on Sunday (+150%), and slowing back down on Monday (+122%). Revenue was still considerably higher as the week continued.

In total, Peacock added $2.8M in net revenue between Friday and Wednesday, according to our estimates. For context, it took nearly two weeks to add the same amount before the spike.

So, what happened? La Brea happened. That’s the name of a new Disaster Drama that’s taken off like wildfire on NBC’s no-longer-new streaming service. The show was released in late September, and within two weeks, became what some suggested could be the next Lost.

When I analyzed the top business apps for our monthly report, I noticed Microsoft Teams was ranking pretty high. 4th overall, actually. But you know who’s not there? The app I use daily to communicate. Slack.

So, where’s Slack these days? Let’s look at some numbers.

The easy answer here is that for Slack, it’s “business as usual” on mobile. For Microsoft Teams, the only way to describe it is “massive growth”. Teams and Slack are the most popular business chat tools, but there’s another you hear about much more often these days, even though it isn’t “technically” a business tool — Discord.

Side by side, we can see that Slack’s downloads have remained fairly consistent over the last few years. Since 2019, downloads actually increased from a little under 600K/mo. to more than 800K in September, according to our estimates.

With no additional context, it’d be safe to say Slack’s doing alright. But then we look at Teams, which we estimate to have added 13.6 million downloads in September, and Discord, which our estimates put at 9M. All of a sudden, Slack’s 800K seems very small.

Teams, which has been around for a while but only really got pushed once lockdowns started, saw a meteoric rise in March and April of last year. Discord did as well. Both continued to ride high since. Slack didn’t, really.

Slack’s user base is huge, so it’s not going anywhere. But, this trend provides an explanation for why we’ve been seeing more features coming to the product. I felt like they spent too much time selling out and not enough competing, and it definitely cost them.

Another reminder that competition isn’t always bad for end-users. Now all we need is stable videos…

One game has been slowly climbing the money mountain in the U.S., and that’s Royal Match. Matching games do very well, so that’s not a surprise. But Royal Match is doing exceptionally well and fast.

Our estimates show that since launching in March, Royal Match earned $55 million in net revenue in the U.S. alone. $11M of that came in September.

That’s not the only impressive data point. Since March, the game has been averaging double-digit month-over-month growth. The growth slowed down in September to around 6% but considering back to school, that’s not as surprising.

Where’s all that money coming from? Paid user acquisition. Also known as ads. Our ad intelligence is showing more than 300 unique creatives spread across multiple ad networks, including Unity, AdMob, and AppLovin. But ads don’t necessarily translate into revenue. Acquiring users is about downloads. Getting those users to pay is a whole other story, one that the king seems to be doing quite effectively.

Paid user acquisition is in a bit of a weird spot right now because Apple is actively making it harder to keep things cost-efficient with App Tracking Transparency. But recent consolidation in the space and the evolution of modeled attribution will likely help steer things back to where they used to be not too long ago.